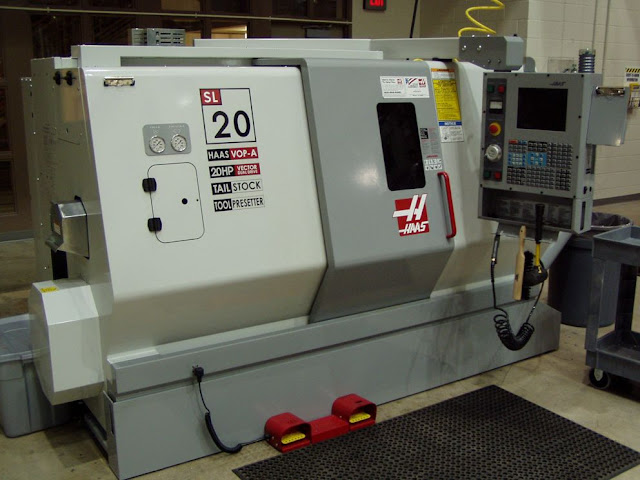 A Computer Numerical Controlled (CNC) machine may have more than one motion type that it uses, but there are three most common motion types that are easy to remember. These are the Rapid Motion, the Straight Line Motion, and the Circular Motion.

All of these motion types may seem different but they share two things in common, which would be that they are all modal and the endpoint of each motion is specified in motion command. By being modal it means that the motion type would be in effect until changed otherwise.

Rapid motion type is also called Positioning. The way this motion type is used is through utilizing the fastest rate possible of the command motion of the machine. Example uses of rapid motion are moving to clear obstructions, placing cutting tools to and from the desired position, and any program that provides non-cutting in their schemes.

The command that is usually programmed to a CNC machine is G00 because in this command, the end point for the rapid motion would be specified.

The CNC machine, with most controls given, will be able to move as fast as possible in all commanded axes. In the case of rapid motion, one axis may be able to reach its end point before other axes. Straight line movement will not occur with type of rapid command function and the programmer of the machine must take into account that there are no obstructions to avoid. Straight line motion will happen even during rapid motion commands when done with other controls.

This motion type would cause the machine to move in the direction of a circular path and is used to generate the radii in machining. When talking about points on circular motion feed rate, it is equal to that of straight line motion.

Other than that of straight line motion and rapid motion, there are two G codes that are commonly used when programming a circular motion into a machine. These are G02 and G03. G02 is used when the programmer desires a clockwise motion into the machine while G03 is used to make an anti-clockwise motion. To know which of the commands to use, the programmer must view the movement with the same perspective as to what the motion of the machine will be, may it be clockwise or anti-clockwise.

For older controls in CNC machinery, an “I”, “J”, and “K” are used to specify location of the center point of the arc.