Why The Supreme Court Could Be Samsung’s Saving Grace 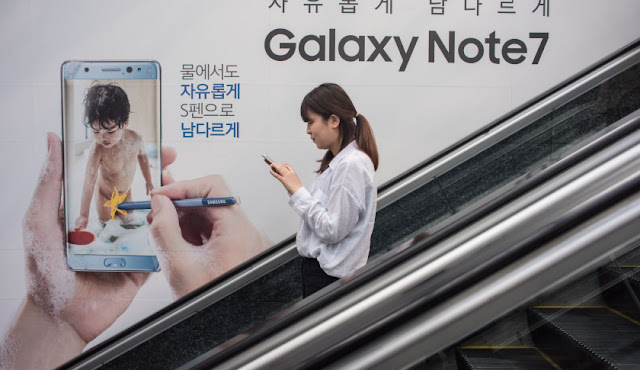 After a series of business woes, the highest court could give Samsung a needed boost.

It has not been a good couple of months for Samsung. The South Korean electronics company has recalled its flagship Galaxy Note 7 phones after defective batteries in some phones caught on fire. The replacements haven’t been any better, and now Samsung has scrapped the Note 7 – a major blow. But there may be a glimmer of good news for Samsung, as the Supreme Court this week began hearing arguments for a high-stakes case between the company and Apple.

In 2012, jurors found Samsung liable for infringing on some of Apple’s design patents; the company was ordered to pay about $930 million in damages. But as the lawsuit reaches the Supreme Court, it may limit Samsung’s liability costs.

US patent laws have historically punished such an infringement by awarding the patent holder (Apple) all profits that its competitor (Samsung) gained from infringing devices on its patents.

At Tuesday’s Supreme Court hearing, Samsung argued that it should not give up all of its profits, but rather a much smaller percentage that corresponds with the particular design that it illegally used.

Samsung’s defense is rooted in the claim that people bought its phones for its brand name and a number of features, including some patented by Samsung or legally licensed from others, and not just because of the infringing features. Therefore, Samsung’s defense claims that it should pay Apple only for profits that are directly attributable to the infringing features.

Patent law has been interpreted in this manner to give the patent holder the totality of the profits of the infringing device, no matter how important or unimportant the infringing design was. However, the mere fact that the Supreme Court decided to hear the case implies that it is not quite happy with the present rule, and is likely to change it.

For now, the U.S. Department of Justice and the vast majority of Silicon Valley companies appear to have sided with Samsung. The DOJ argued correctly that giving away all profits was disproportionate to the violation and could hinder innovation by overcompensating patent holders. Silicon Valley companies have sided with Samsung because high tech hardware manufacturers tend to use rivals’ intellectual property first, and ask questions (or face lawsuits) later, so reducing the dollar liability of patent infringement suits them fine.

If the Supreme Court decides to scrap the current total profits liability rule and establishes instead a proportionality rule, it could further complicate the job of juries. It is difficult enough for a juror to decide whether a design was imitated to the extent of infringing on a patent. But asking juries to attribute profits to the constituent parts of a phone is a Herculean task that even phone manufacturers’ executives do not normally engage in.