What You Need to Know About Computer Programming Courses 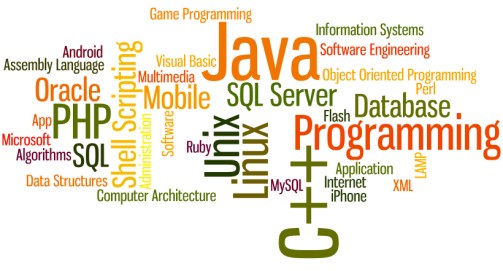 Computer programming may seem like a highly complicated discipline but at its roots, every program actually begins as a simple set of instructions. Computer programming is essentially the design of a simple program in order to create a more complicated program. It is currently one of the most sought-after courses and is also a career that presents plenty of opportunities in a very exciting field. If you’re curious about what taking a computer programming course will be like, here are some important information you can use.

Computer programming is not a single, one-size-fits-all discipline. For one, the task of programming (or coding) involves several computer languages. These languages have different uses and as such, will often require a different set of instructions. JavaScript, for example, may be a computer language but it is not the same as HTML or COBOL or Visual Basic. There are also certain sub-disciplines in computer programming that lead to a specific field of specialization. Students must determine which field of computer programming they want to focus on. If they want to work for companies that create video games, for example, they will have to choose courses that teach graphics and animation, among others.

In the course of study in computer programming, a programmer must be able to learn multiple concepts and theories on top of the technical stuff, such as computer language conventions, elements and important operators used to create a source code that will later produce a computer program.

Computer programming is an essential phase in the development of software and is an integral part of software engineering.

How learning is obtained

What to expect from the course

A computer programming course is usually composed of lectures and hands-on assignments. The instructor uses lectures to teach theories and concepts in programming and to provide students with an introduction to the discipline. Generally, students will be listening to lectures while using computers, a way for instructors to allow participants to immediately apply what they have learned.

Other than access to a computer, students may also be required to obtain textbooks to be used as references during coursework. Some lessons, such as those used in online classes, may also be downloaded from a website.

Who should take the course

Computer programming is not for everyone. Just because you love computers and have sufficient curiosity about how they work doesn’t always make you the ideal candidate for this course. Computer programming requires a lot of patience, attention to detail, creativity, logic and common sense. It also requires careful study and understanding of certain subjects such as mathematical and engineering concepts.

What to expect upon completion of the course

Once a course has been completed, a computer programmer is ready to be hired for entry-level jobs in companies that design software. If the programmer chooses a higher level of study, he can also increase the chances of being hired for higher pay, particularly if he chooses a field of specialization. A computer programming course can provide a graduate access to different fields as well, including banking, finance, research & development and database administration.