What Is A Podcast Exactly? 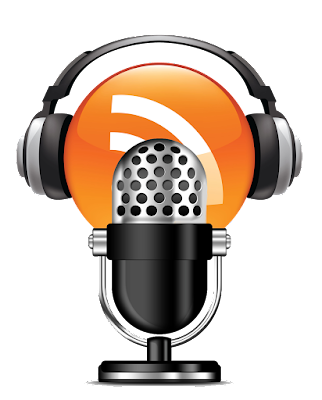 If you are reading this article, then you probably have a pretty good idea of what Podcast is, right? I mean you probably think that its audio you play on your iPod and maybe you might even know someone who is a Podcast Host (records their own show for people to download and listen to). But I’m here to tell you that most people who think they know what a Podcast is, don’t.

I can’t tell you the number of times that I’ve had to re-educate people in what the definition of a podcast is. And the arguments. The problem is that ‘Podcasting’ or the creation of syndicated media met a need that was out there before it really defined exactly what that need was.

You see it all started with the concept of syndication. What this means is that you ‘subscribe’ to something and when some new content becomes available that is associated with that subscription, you automatically get it. I like to think of it like my Tivo. It used to be that I had access to hundreds of channels of TV to watch. But I found myself investing 20% of my watching time cycling through the channels looking for something to watch. Often feeling defeated with that phrase, “There’s never anything decent to watch on TV.”

Well that was partially true. The correct phrase should have been, “There’s never anything decent to watch on TV right now”. Meaning that when I wanted to watch TV, I had my pick of what shows were being aired at that time. Since most ‘prime time’ shows were being aired when there was the largest TV audience possible, and since they are primarily paid for from advertising revenue, if you wanted to watch a decent TV show at 3AM you were out of luck.

But then came along the idea of syndication. That I could ‘subscribe’ to receiving content. I first got into this with the promise of a Tivo. For those that are not aware, a Tivo is a device that you tell it what you like to watch (either by being specific to the actual show itself, or by being vague and identifying actors, directors, genre, etc.) and it would ‘grab’ the show when it was being aired, and record it for you on a hard disk so you could watch it when you wanted to.

Then the experience all changed. It was no longer about what was on TV at the time I wanted to watch, but what Tivo had collected for me that I hadn’t watched. All of a sudden TV got interesting again.

You see, podcasting is very similar. Its about releasing some digital content through a subscription mechanism. The idea is that using an ‘aggregator’ (a software program you run on your computer that plays much the same role as the Tivo does with TV shows, but over the Internet) such as Juice, iTunes, or any of the countless others out there, you tell the aggregator just what shows you want to subscribe to. Then you leave the aggregator running and every hour or so it will check to see if anything new for those subscriptions has been released. If it finds something new, it will download it in the background so its ready for you to consume when you are ready.

This whole concept of ‘syndication’ is referred to in a variety of different ways. You’ll hear RSS syndication, subscribing to a podcast, and many other ways of referring to the same thing. You tell an aggregator to ‘fetch’ new content when it discovers it for you, just like how a Tivo finds TV shows you want to watch when you are fast asleep.

What confuses the whole thing here is the ‘pod’ part of podcasting. This all came about with the invention and release of Apple’s iPod MP3 player. Some bright folks in the broadcast industry recognized the fusion of syndication with portability and decided to coin a phrase for the release of digital content for iPods through automatic syndication – hence the term Podcast. However at the time of the original iPod release, all syndication was typically either text (ie. news stories you could read), or audio media. This was typically because connections to the Internet back then were slow and broadband didn’t have a majority of users embracing it. Now that its mainstream and everyone has it, content has expanded beyond text &amp; audio to also include video.

Conceivably you could distribute anything through syndication, but broadcast media is really the attraction.

Now with all of this background out of the way, why the confusion over ‘what is a podcast’? Well its because most people don’t realize how the syndication feeds work. A syndication feed is for a ‘show’. A show consists of a lot of repetitive ‘episodes’. Each episode is just one file of digital content. But its the feed that signifies the ‘podcast’. The biggest argument I find myself in is when people think that one audio file = a podcast. WRONG! The Podcast is just the syndication feed that got you the audio file, or the video file, or whatever. The fact is that 99% of all podcasts are syndication feeds for lots and lots of files, not just one.

So in the case of audio files, does one audio file = the podcast? NO! The audio file is just that – the audio file. The Podcast was how it was delivered to you by syndication feed. As the syndication feed is typically tied to the overall show that it is a part of, the easiest way of thinking about a Podcast is much like a TV series. For example, if we equate a Podcast to the TV Series, Seinfeld, then each episode of the TV series equates to a file delivered by subscribing to the series.

I hope this clears up the confusion for a lot of people. Podcasts can deliver all forms of content, but I believe audio is the most valuable. The main reason is that podcasting was invented specifically for audio delivery, and what has happened is that it has spawned an entirely new industry of ‘home grown radio shows’ that is the best thing to happen to audio entertainment in years. No longer do a handful of corporations block what you can hear. Sure there are copyright issues still to be worked out, but for someone at home with something to say and a world of listeners who are interested in alternative views, etc. the audio podcast is the way to go.