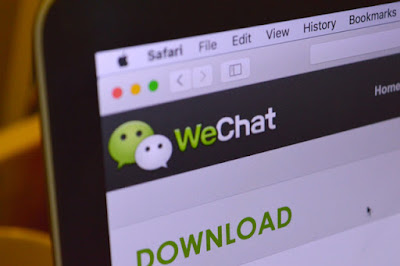 The popular messaging platform is owned and operated by Chinese internet giant Tencent, and now boasts 846 million users, making it the fourth largest app of its kind in the world. WeChat’s services are no longer limited to messaging and voice and video calls, it also offers games, mobile payments, and bots. The platform’s model is the envy of Western messaging services, in particular Facebook Messenger — which itself has pushed through a number of updates to bring it closer to WeChat.

However, like any app operating within China, WeChat has to follow the government’s strict guidelines on censorship. Although it was initially believed that WeChat only removed keywords and URLs from messages sent by users registered with a mainland China phone number, that no longer seems to be the case. According to Citizen Lab, its tests found that once a China-based user registers with the app its censorship follows them around — even if they switch to an international phone number.

With roughly 50 million Chinese people thought to be studying and working abroad, that’s a significant number of people the app could potentially be targeting.

The tests also revealed that WeChat no longer warns users when it blocks messages. In the past, it would issue an alert that read: “contains restricted words.” Now, a banned keyword is simply removed from the recipient’s screen, claims the study. Additionally, the study found censorship on group chat to be more extensive.

WeChat’s censored keywords span a range of content, including current events, politics, and social issues. They are also regularly updated, with some words being relegated and new terms being adopted on an ongoing basis.

The study saw Citizen Lab undertake several controlled experiments using combinations of China, Canada, and U.S. registered phone numbers and accounts. Researchers tested more than 26,000 keywords that have been blocked on other Chinese websites, such as Weibo and TOM-Skype. Overall, they discovered that 174 words were muted from messages, including terms such as “Free Tibet,” and “ISIS crisis.” The highest percentage of blocked keywords were related to the Tiananmen Square massacre.