TxK and Space Giraffe developer Jeff Minter reveals that his next game is Polybius, a modern take on the 1980s arcade urban legend for PlayStation VR. 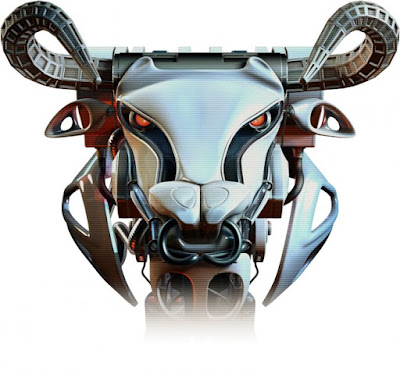 Arcades were all the rage in the 1980s, with people flocking to their local arcades to test out the latest video game cabinets. This was before the Internet, with Nintendo Power serving as one of the only video game information sources available, so for many arcade patrons, it was a nice surprise whenever a new game popped up at their local hangout. According to legend, that’s why gamers in Portland, Oregon didn’t think twice about the supposed shooter/puzzle game Polybius when it supposedly released in their city 30 years ago. Whether or not Polybius exists is up for debate, but game developer Jeff Minter claims to have played it, and is reviving it for PlayStation VR.

Minter stated that his version of Polybius will be replicating the original’s visual effects, but not necessarily it’s exact gameplay. Based on the snippet of gameplay footage that was shared by the European PlayStation Blog, it looks like Polybius will still be a shooter/puzzle game, with aggressive psychedelic visuals that make it difficult to comprehend the action happening on screen.

The Polybius urban legend claims that the game was a secret government experiment that gave the people that played it severe nightmares. The cabinets then disappeared one day, never to be seen from again. It’s probable that Minter was inspired by these specific details of the urban legend when it comes to creating his modern version of the mysterious game for PlayStation VR on PS4. Check out Minter’s take on Polybius in the gameplay trailer below:


As one of the oldest video game urban legends, it’s exciting that a real version of Polybius is being developed. However, those hoping that Minter’s claim to have played the elusive original is true should keep their expectations in check. After all, Minter claims to have played it in Basingstoke, England, whereas the urban legend states the game was an experiment carried out by the United States government in Portland, Oregon. A more likely scenario is that Minter is using the urban legend to increase interest in the game, as it may not receive as much attention otherwise.

In fact, there are already a handful of games in the PlayStation VR launch lineup that have gameplay similar to Polybius, so tying the game to the urban legend will help it stand out. It remains to be seen if this strategy will pay off, but it will be interesting to see if the urban legend behind the game boosts its sales once Polybius releases for PlayStation VR.

Polybius is in development for PlayStation VR.