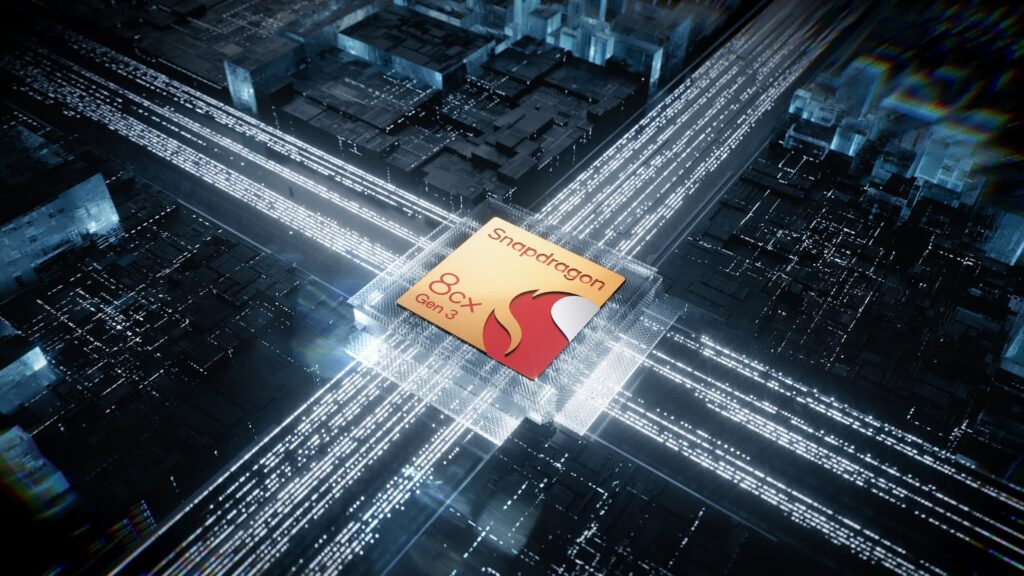 Qualcomm’s latest SoC for Windows laptops is now official, and it’s called the Snapdragon 8cx Gen 3 Compute Platform. The name is certainly a mouthful, but the company promises this new chip will enable “extreme mobile computing experiences that will deliver more than just a laptop.”

The Snapdragon 8cx Gen 3’s defining feature is connectivity, with Qualcomm offering OEMs a choice between the Snapdragon X55, X62, or X65 5G modems, as well as support for Wi-Fi 6 and Wi-Fi 6E. The company claims the new chipset offers up 80 percent faster CPU performance and up to 60 percent faster GPU performance when compared to its predecessor, which should make for a snappier experience when running both native and emulated apps.

Qualcomm’s Senior Director Of Product Management Miguel Nunes explained the 8cx is built on a 5 nm process node. The CPU is based on four Arm Cortex-X1 “Prime” cores running at 3 GHz and four Cortex-A78 “Efficiency” cores running at 2.4 GHz, with a total of 14 megabytes of cache. Nunes says this allows for a 40 percent boost in single-threaded workloads and an 85 percent boost in multi-threaded workloads compared to the 8cx Gen 2 SoC.

These improvements are accompanied by a more capable Spectra ISP, which Qualcomm says will enable better autofocus performance, auto-white balance, auto-exposure, and up to 4K HDR video capture. Along with audio noise and echo suppression, this should make for better quality video conferencing on laptops equipped with the new chipset, assuming that manufacturers won’t cheap out when it comes to the webcam they integrate into their designs.

It’s worth noting the 8cx Gen 3 is merely a stopgap solution until Qualcomm can launch its Nuvia-designed laptop chip, which is said to offer comparable value to that of Apple’s M-series chipsets. That said, it will support Microsoft’s Pluton security chip, which will bring TPM-like functionality and make laptops based on the 8cx Gen 3 more attractive to government and education clients.

In addition to the Snapdragon 8cx Gen 3, Qualcomm also introduced the Snapdragon 7c+ Gen 3 Compute Platform, manufactured on a 6 nm process node. It will deliver up to 60 percent better CPU performance and up to 70 percent better GPU performance when compared to its predecessor, as well as 5G and Wi-Fi 6E connectivity. The company says we can expect to see the first laptops based on the new chipsets sometime in the first half of 2022.