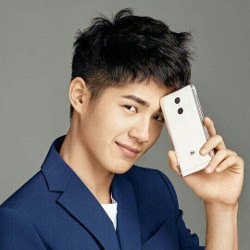 Xiaomi is slowly but surely gaining popularity as a company that’s looking to build trendy smartphones at a fraction of the price you’d expect to see from more well-known brands. Besides the sleek-looking, glass-and-metal Mi 5 flagship, the company also offers a few lower- and upper-midrange devices, expanding its portfolio for the more budget-minded folk. The Redmi Note series is a prime example of this – solid midrange specs for about $200 (though shipping and customs might inflate that price).

A recent leak allegedly shows us that the company’s next midranger, the Redmi Note 4, might come with a stylish metal body and a dual camera module on its back, setting it up well for what seems to be an upcoming trend — the dual sensors, most recently seen on the Huawei P9, Honor 8, as well as more and more iPhone 7 Plus leaks.

While not much else is known about the Redmi Note 4 at this time, it’s safe to assume it’ll have a large, 5.5-inch display, at least 3 GB of RAM, and a massive battery, since the Redmi Note 3 raised the bar high with a 4,000 mAh juicebox. The pictured device clearly has no fingerprint sensor on the back — something that is present on the Redmi Note 3 — so it could mean that it’s moved to the front, in the form of a hardware home button, like the one on the Mi 5.

The previous Redmi Note was launched in November of 2015, so if Xiaomi honors a 12-month refresh cycle, the new one could be coming in about 4 months. However, seeing as there is already a promo shot of the device in the leak, and assuming it’s a genuine one, we could be seeing it earlier.