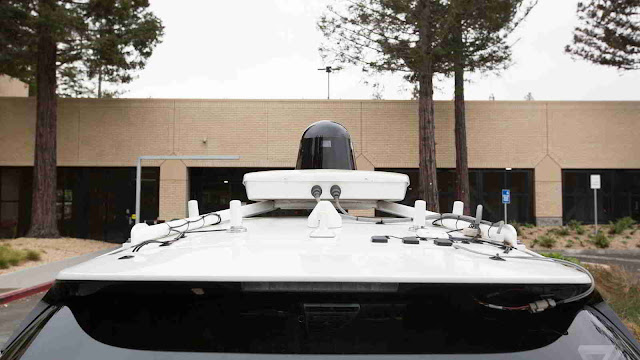 Last May, Google and Fiat Chrysler Automobiles (FCA) signed a deal to make a fleet of self-driving Pacifica minivans — the first phase in a broader autonomous car deal between the two companies. On Sunday, the first prototypes were spotted in a San Francisco parking garage by the CEO of Enterprise Garage Consultancy, who sent some spy photos to Electrek. They show over a dozen plug-in hybrid Pacificas with cameras and LIDAR sensors mounted on their roofs.

Google won’t say when it plans on deploying the minivans, or in what capacity. But it’s worth noting that the minivans were spotted around the same time that Google made two significant announcements: its self-driving Lexus SUVs have driven a combined 2 million miles on public roads; and the company is launching a new ride-sharing service centered on carpooling. You know what’s a good vehicle for carpooling? Minivans!

FCA’s chief, Sergio Marchionne, has made it clear he has grand plans for his company’s partnership with Google, but it’s not clear Google feels the same way, considering the deal is non-exclusive and the search giant has been on record about wanting to work with multiple manufacturing partners.

It’s also up in the air how Google will make money from its self-driving efforts. Alphabet, Google’s parent company, is close to spinning off its self-driving car division as a standalone business. And the project has lost much of its top talent, including chief technology officer Chris Urmson.

Meanwhile, other companies have accelerated their self-driving efforts, including Uber, which launched a limited public run in Pittsburgh last month, and General Motors and Lyft, which have been testing driverless Chevy Bolts in San Francisco and Scottsdale, Arizona.