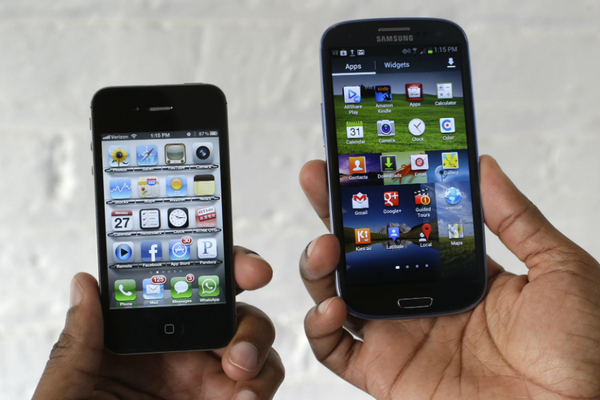 The last time a design patent dispute landed before the US Supreme Court was more than 123 years ago, in 1893, when a manufacturing company in New York accused a business in Connecticut of copying its design for riding saddles.

The next such case, which the eight justices will hear Tuesday, stems from a 2011 lawsuit in which Apple Inc. accuses its smartphone-making rival Samsung Electronics Co. of mimicking the patented iPhone design.

The U.S. Supreme Court will hear oral arguments on financial damages the South Korean smartphone giant owes Apple for alleged violation of design patents. It could eventually decide damages and, more important, define the value of design work, which is increasingly valuable in the tech industry as products like smartphones become commodities. The court typically issues decisions three to four months after hearing arguments.

Samsung, which was ordered late last year to pay more than $548 million, will argue that $399 million in damages were wrongly awarded to Apple because the design infringements involved only a portion of a complex device.

Samsung attorneys argue not all of a smartphone’s value is in its design. Utility patents, essentially the phone’s features, also are of value. The jury’s decision to award all of Samsung’s profits based on design infringement is a misreading of an 1886 patent law, they say.

Apple declined to comment on the case, the first before the Supreme Court, but it has made no secret it believes Samsung blatantly ripped off the iPhone design. It has repeatedly said Samsung in three months produced copycats of the iconic smartphone it took three years to create.

The acrimonious battle between the world’s two most successful smartphone makers, which began in April 2011, could redefine a 130-year-old design patent law and upend the tech industry, say legal experts.

It is being watched closely by others, many of whom have a stake in the outcome as they compete with Apple for smartphone sales. Facebook, Google, Dell and Lenovo are among those backing Samsung; Apple has the support of more than 100 designers from companies such as Nike and Calvin Klein. Last week, Google announced Pixel, a new smartphone line, aimed squarely at Apple’s iPhone and Samsung’s Galaxy.

In the hour-long session with eight Supreme Court justices, Samsung lawyers will make their case for 25 minutes, followed by the Solicitor General’s office for 10. Apple’s legal team will have 25 minutes to respond. Samsung reps might then be called on for a final rebuttal.