Android vs Apple: Looks Like The Smartphone War Is Over

By Admin November 4, 2016 3 Mins Read
Share
Share on Facebook Share on Twitter Pinterest LinkedIn Email
Android has just extended its lead in a war that could be over.
Despite the Galaxy Note 7’s troubles and ultimate discontinuation, Google’s Android platform was able to soar in the third quarter, as worldwide shipments on Android-based devices rose 10.3% year over year to 328.6 million units, research firm Strategy Analytics said on Wednesday. 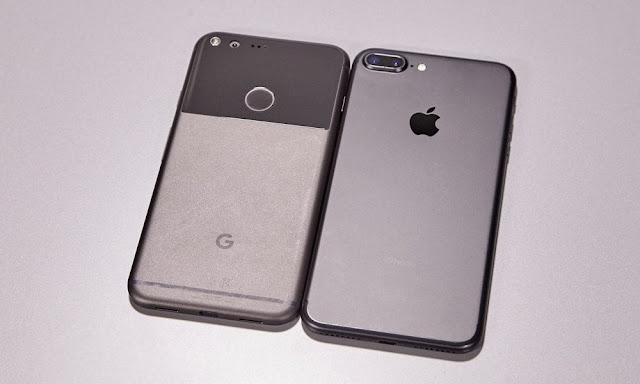 Android now owns 87.5% of the worldwide smartphone market, up from 84.1% during the same period last year.
Meanwhile, due to a 5.2% year-over-year drop in iPhone sales, Apple’s iOS market share fell from 13.6% in the third quarter of 2015 to 12.1% last quarter.
It was an even worse showing for Microsoft and BlackBerry, which both have mobile operating system market shares that “have all but disappeared,” the research firm said. Total shipments on devices that weren’t running Android or iOS were down 84.1% year-over-year in the last quarter.
“Android’s leadership of the global smartphone market looks unassailable at the moment,” Strategy Analytics director Woody Oh said in a statement.
So, what’s driving Android adoption? Consumer interest is increasingly shifting towards Google’s operating system. Strategy Analytics says Android’s lower cost to manufacturers can be passed on to consumers, making it a more attractive operating system option in emerging markets. What’s more, Strategy Analytics found consumers generally believe Android comes with a “user-friendly” design.
However, Avi Greengart, a research director at Current Analysis, believes there’s a bigger reason for Android’s global surge. “When it comes to market share percentages, rather than market size, lower cost devices play very little role in Android’s growth,” said Greengart. “These devices are stealing share from featurephones, not from other smartphone OS platforms.”
Of course, Android’s success in the mobile market isn’t new; the operating system has been a dominant player in the worldwide mobile operating system market for years. However, Apple has found ways to attract customers in key markets such as China, iOS has been able to capture at least some share from Android.
The latest data from Strategy Analytics, though, suggests iOS has little chance of catching Android in the near future, if ever. As Google’s star has risen, Apple’s has fallen.
Part of the trouble for Apple in the third quarter was a contingent of people who were holding off on buying a new iPhone in anticipation of the iPhone 7. However, the iPhone 7 wasn’t the major upgrade some had hoped for, and there are some would-be consumers sitting on the sidelines in anticipation of next year’s Apple handset.
Nevertheless, Apple continues to win the battle it cares about most: premium handsets.
“Apple genuinely does not need high overall market share,” Greengart said. “It needs a profit base large enough to fund continued development and it needs a large and desirable installed base of users to keep developers committed,” Greengart said. “iOS is stickier than Android.”
Rumors abound the next iPhone, believed to be known as iPhone 8, would come with new screen technology, an all-new design, and other major enhancements. The iPhone 8, in other words, might offer what many had hoped the iPhone 7 would deliver.
For its part, Apple has said that it’s pleased by its iPhone performance and is selling every handset it can produce. But if Strategy Analytics data says anything, it’s that any hope of winning the larger smartphone war against Google might be lost.
Source: Tom’s Guide
Apple
0