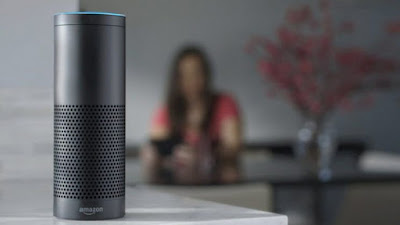 In the wake of this week’s Wikileaks revelations about the CIA taking over gadgets such as Smart TVs, a video has surfaced showing Amazon Echo being very cagey about the subject.

Amazon’s internet-connected ‘smart speaker’ answers a series of questions in the video – starting with a question about whether it tells the truth.

Alexa (the voice assistant used by the speaker) says, ‘I always try to tell the truth. I am not always right, but I would never intentionally lie to you or anyone else.

But then the speaker falls silent when the woman asks, ‘Alexa, are you connected to the CIA?’

Materials allegedly leaked from within the CIA showed that the agency had means to control devices such as Samsung TVs and Android phones.

But this video is not evidence that Echo is relaying people’s conversations to spies, Amazon says – saying that the answer is a glitch.

In fact, if someone says ‘Are you connected to the CIA?’, the Echo is supposed to reply ‘No, I work for Amazon,’ the company told Mail Online.

Other videos show that Echo is replying with exactly that – hinting that Amazon either rushed out a fix, or that the original video was indeed a glitch.