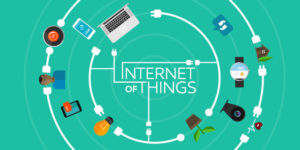 There is no gainsaying that technology is now a major part of our life. Some of these techs are playing significant roles in our lives now – a good example of this is social media; others are for the future. These future techs will soon become widely available and if you are not prepared for it, you may find yourself out of the game because it will change a lot of things especially in the way you work. In this post, we identify some of these techs that will define our lives in the next decade.

The Internet of things (IoT) is the ability of different devices to be able to communicate because they are embedded with electronics, software, sensors, actuators, and network connectivity which enable these objects to collect and exchange data. They are usually regarded as connected devices or smart devices. This also includes Wearable technologies.

Virtual Reality (VR) is a computer technology that adopts headsets to produce realistic images, sounds and other sensations that simulate a user’s physical presence in a virtual or imaginary environment. Virtual Reality has been around for awhile now but it only recently becomes widely available. The technology has changed the way people explore. A good example of this is Google Earth VR that allows users to fly over a city, stand on mountains and even go into space.

Google, Apple, Uber, Samsung, and other car production companies are investing billion of dollars in developing driverless or autonomous vehicles. Driverless cars are vehicles that do not require any human to drive it and does not need any fuel. A network of sensors has made this possible. There have been testing rides as well as several failures. But pretty soon, very few people will drive fueled SUVs.

A technology that superimposes a computer-generated image on a user’s view of the real world. It is widely used in the gaming world. Pokemon Go is a perfect example of Augmented Reality.

Artificial Intelligence is the ability of a computer system to perform tasks that usually require human intelligence. Today, you find robots that serve as a receptionist, customer service and perform surgeries. In addition to this, you have voice assistant AIs like Siri, Alexa, or Cortana.